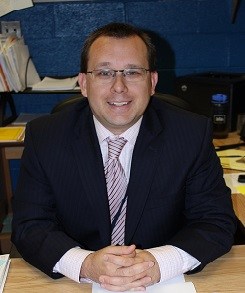 Joseph Lepo
Assistant Principal
Mr. Lepo was born in Exeter, Pennsylvania and graduated from Wyoming Area School District. While in high school, he was active various school activities including Key Club, Drama, SADD. He is an Eagle Scout.

Mr. Lepo graduated from Millersville University with a Bachelor’s Degree in Chemistry. He was hired to teach Chemistry for Lake Worth High School in Lake Worth, Florida. While at Lake Worth High School, he was Science Fair Coordinator, started an AP Chemistry Course and taught GED Classes at night. He was named the 2004-2005 Palm Beach County Science Teacher Award of Promise. This award goes to an outstanding Science Teacher in the district with fewer than three years teaching experience.

For the last nine years Mr. Lepo has worked at Belleville High School. He has worked closely with administrators to create a cohesive bridge between administration and both the science department and AP teachers. As a Science Teacher he also has served as AP Test Coordinator and Lead Teacher. In addition, he spent  2 years serving as the Program Supervisor for the BUCS Program. 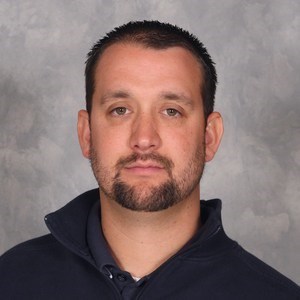 Mr. Sullivan was born in Toms River, New Jersey where he graduated from Tom’s River East High School.  While in high school, Mr. Sullivan participated in a variety of extracurricular activities.  These activities included, but were not limited to: football, basketball, wrestling, baseball, reading, and volunteer work.

In 2010, Mr. Sullivan graduated from Kean University with a Bachelor of Arts Degree in History.  While in school, Mr. Sullivan also obtained his Teacher of Students with Disabilities certification.  In 2011, after realizing that he wanted to make more of an impact on his students, Mr. Sullivan returned back to school and obtained a Master’s Degree in Curriculum Design and Instruction.  Once completing that, Mr. Sullivan continued on and also completed a Master’s in Educational Leadership.